As we get closer to the release of more game loops. I would like to look at advertising in the real world rather than only social media.

The team has mentioned they have marketing plans, so i would also like to see if this is even necessary.

One way of advertising i would like to explore and fund through the treasury would be through electronic billboards.

The idea behind the large billboard is for the wow factor. It should be very basic but appealing. The smaller advert would serve the same purpose but also have a QR code with all essential links.

Another requirement should be to have them in large cities with airports for maximum traffic. The examples below are from San Diego. 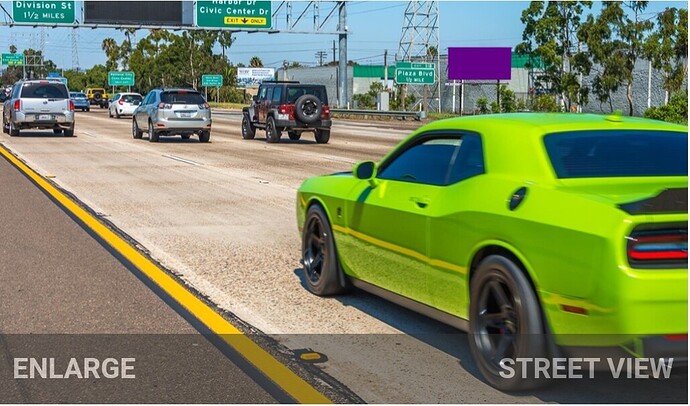 A small advert on a mall kiosk map such as this averages about $1,000 a month. 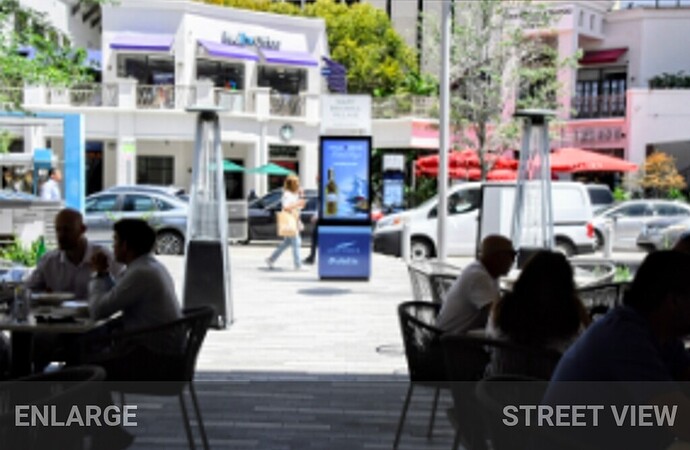 If this is welcomed by the community i would submit a draft proposal for my own area rather than trying to secure funding accross the nation or even globe. I dont know anybody elses area, and I am obviously very familiar with mine, so i would know where idela advertisements should be placed. It would be great for other community members to submit their own proposal requests for their areas that the know well to maximize traffic to our advertisements.

Please let me know what your thoughts are. I would like to someone hop into discord saying they saw us at the mall food court.

A very interesting idea. Feels like a good match for Jousting. Maybe even do this kind of thing near sports betting establishments.

This is clever. I mean the more CU exposure the better even via this approach. I think this would be a real smart way to trigger a wave of interest outside of the usual crypto world. Fresh eyes attracts interest and if not from the get go, word of mouth spreads just as fast. My family for instance (4-5 households) If we could reach a certain crowd being mates or families and advertise something that pops like our awesome jousting trailer that’ll be sweet. Gotta get the community to chime in because it’s really a team effort at the end of the day and how bad do we want our numbers to fly.

I like the idea but feel like this should be handled by a marketing professional. It all comes down to target audience. With that, you reach maybe the most people but also more than 50 % that are not our target audience (people above 60?, children, etc.). The people who are native in the web and into games are probably easier and way cheaper to target. For the money you are proposing you could hire another staff member. For the stage of the company -in my opinion- this is a step too far. Nevertheless a very good idea for later!

Yeah completely understand your angle. I think having community involvement for at least small advert placements from the community would be great and very engaging. The team doesnt have eyes and ears everywhere, so community members would know what the local hotspots would be around them. My area is a total no brainer.

I think having team members to travel to major Crypto events around the world would be great for getting CU name out there. I would love to see CU in the real world when I go out. Think we need to build up the game some more before we get there. I love the idea of targeting places that get maximum traffic.

Hello, Deez! Responding with an informal “impact report” from the LG side.

We love the idea, but feel that we should tackle it once we’ve become the generational IP we are aiming to be (read: more mainstream). Currently, our marketing efforts are aimed at onboarding those who are already crypto natives. Once we’ve tapped that market, and depending on how big we’ve become, we feel that that’s the time that we should reopen the discussion on real-life advertisements!

This being said, you’re free to proceed with writing a proposal in accordance to how you envision things to be! We’re only sharing this as we’ve received feedback that the community would prefer to hear LG’s impact reports early - however informal!

This topic was automatically closed 5 days after the last reply. New replies are no longer allowed.